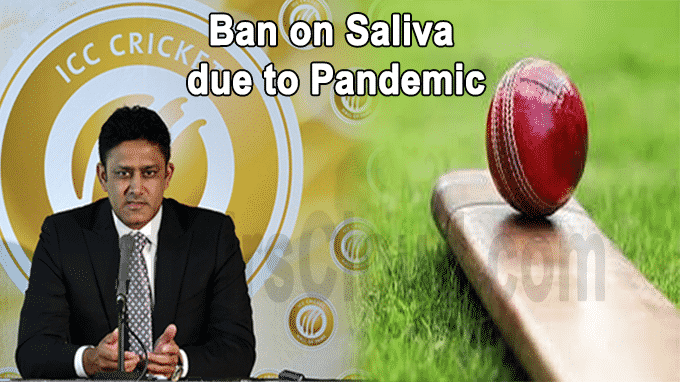 On May 18, 2020, The International Cricket Council (ICC) Cricket Committee, chaired by former Indian cricketer & commentator, Anil Kumble has recommended a ban on the use of saliva to make the ball shine due to the Covid-19 (Coronavirus) pandemic. However, the committee considered ball-shining as safe from the use of sweat.

i.The meeting of this panel was done through video-conferencing, in which this decision has been taken after consulting Dr Peter Harcourt of ICC Medical Advisory Committee about the risk of spreading and infection of the virus through saliva.