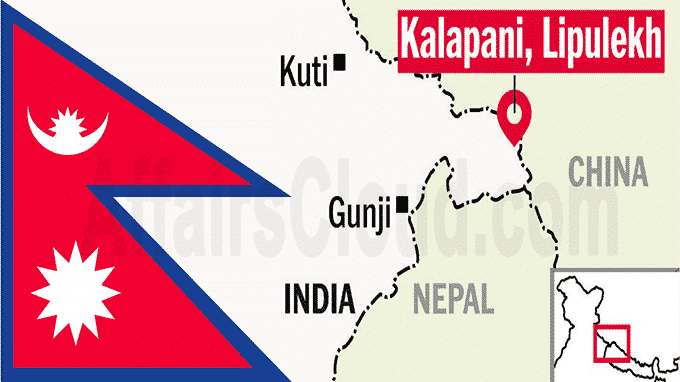 On May 19, 2020, Amidst the border dispute with India, Nepal’s cabinet has accepted a new political map showing Lipulekh, Kalapani and Limpiyadhura under its territory. The new map shows the northern, southern, eastern and western international borders of Nepal. The politics and administrative systems of the areas adjacent to these borders are also mentioned.

i.Nepal’s Finance Minister Pradeep Gyawali announced the release of the new map, which was placed in the Council of Ministers meeting chaired by Prime Minister (PM) KP Sharma Oli, where it was approved.

ii.The Lipulekh Pass is a remote western place near the disputed border between Nepal and India, Kalapani . Both India and Nepal consider Kalapani as their integral part. India calls it part of Pithoragarh district of Uttarakhand while Nepal is part of Dharchula district.

iv.Since when and why is there a dispute?