China has firmed up energy cooperation with Russia. It began construction of the 3,968-km-long gas pipeline to pump 38 billion cubic meters of natural gas from Russia’s far-east to Shanghai .

A televised inauguration ceremony which was held simultaneously in Beijing and Moscow, was joined by Russian Prime Minister Dmitry Medvedev and Chinese Vice Premier Zhang Gaoli.

The pipeline would transport 38 cubic metre of natural gas from Russia to China and the construction work is expected to be completed by 2018.

The construction work started in last September from Russian side and it is known in Russia as the Power of Siberia pipeline. 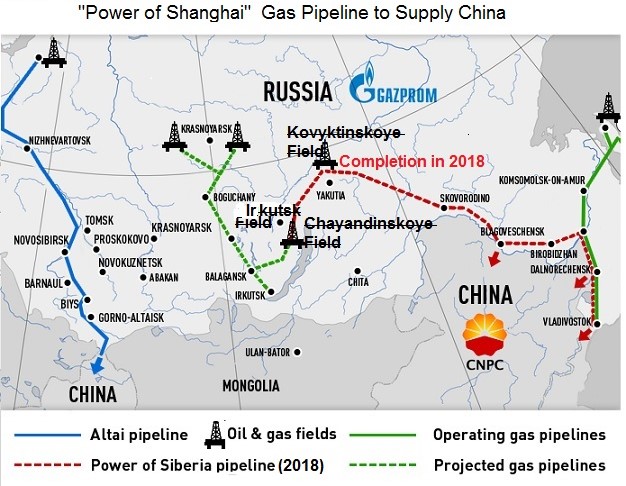 He also said that the two sides should also integrate China’s Silk Road Economic Belt initiative with development of the Russia-led Eurasia Economic Union in a bid to achieve more fruits in bilateral cooperation for the benefit of the two peoples.

The Russia- China East Route natural gas pipeline is one of the world’s largest energy projects and a symbol of the high level of the comprehensive strategic cooperative partnership between the two countries.

Mr Medvedev said the gas pipeline would help propel economic and social development and lift people’s living standards in regions along its route in the two countries.