The President of India, Sri Pranab Mukherjee awarded the certificates of honour to eminent scholars of Sanskrit, Pali/Prakrit, Arabic and Persian and the Maharishi Badrayan Vyas  Samman to young scholars for the year 2014. 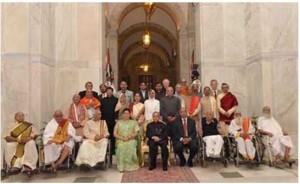 The recipients of the awards are listed below:

Presidential Award for Certificate of Honour and Maharshi Badrayan Vyas Samman to Sanskrit, Pali, Prakrit, Arabic and Persian Scholars for the Year 2016