The Ministry of Defence (MoD) approved a Rs 13,000 crores weapons and sensors package for the seven new stealth frigates being constructed by defence shipyards for the Navy as well as accorded the initial approval for the Rs 7,200 crore project to indigenously manufacture 244 air defence guns for the IAF. 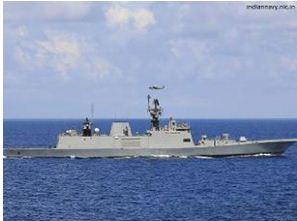