On April 29, 2020 The central government has brought the Cauvery Water Management Authority(CWMA) under the Jal Shakti Ministry, which was earlier under the Ministry of Water Resources, River Development and Ganga Rejuvenation. 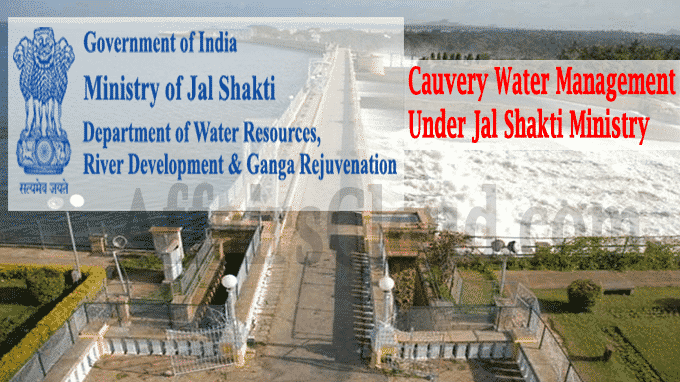 i.This decision is a  formality of business allotment, which means that the authority must report to the Ministry of Jal Shakti.

ii.The move will have no impact on the independent nature of the functioning of the authority.

iii.Water management authorities of other rivers have also been brought under the ministry, which was earlier under the same ministry as CWMA.

i.Central government under Section 4 of the Inter-State River Water Disputes Act, 1956 had constituted the Cauvery Water Disputes Tribunal on June 2, 1990 to address the dispute regarding the Inter-State river Cauvery and the river valley among the States of Karnataka, Kerala, Tamil Nadu and Union territory of Puducherry.

iii.The board has the members of riparian states & a nominee of the Centre.