The 30 year old actress has won the best actress award in an International narrative feature honour at Tribeca Film Festival for her contribution in the Film Madly.The Actress starred in ‘Clean Shaven; which is a part of the film. 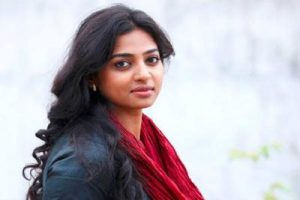 Radhika Apte is an Indian Film actress and acted in various languages films such as Bengali, Telugu, Tamil, Malayalam and English. She made her feature film debut in the year 2005 Bollywood film Vaah, Life Ho TohAis.