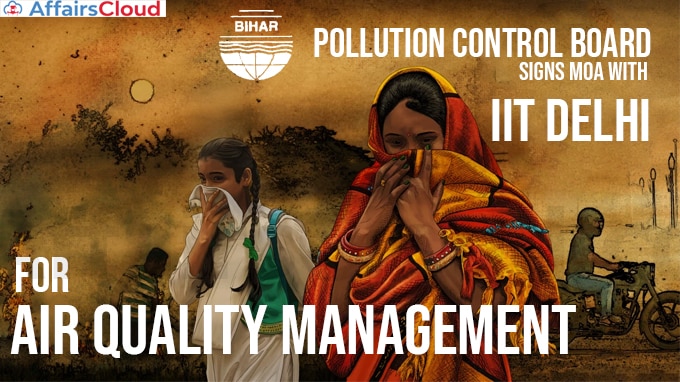 Bihar State Pollution Control Board (BSPCB) has signed a Memorandum of Agreement (MoA) with Indian Institute of Technology (IIT), Delhi to set up a Geographical Information System (GIS) based platform for air quality management in Bihar.

ii.The Agreement which comes at a cost of Rs. 10 Lakh will provide for exchange of technical expertise between IIT Delhi & BSPCB.

iii.MoA has been signed on the backdrop of Government of India’s National Clean Air Programme (NCAP).

A pollutant measuring up to 2.5 microns in size, widely regarded as most harmful to human health. The microscopic size allows the particles to enter the bloodstream via the respiratory system, causing far-reaching health effects, including asthma, lung cancer and heart disease.

About Ministry of Environment, Forests and Climate Change (MoEFCC):