The 2015 ATP World Tour Finals men’s tennis tournament was organised on between 15 and 22 November 2015 at O2 Arena in London, United Kingdom.

The eight players who qualify for the event are split into two groups of four. During this stage, players compete in a round-robin format (meaning players play against all the other players in their group i.e. double). 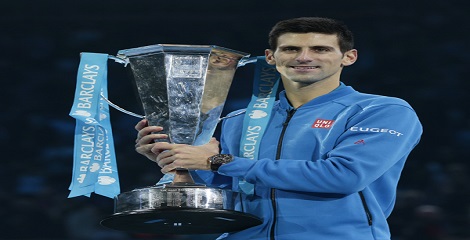 Novak Djokovic 2015 wins
From total of 15 single finals he won 11 titles which include 3 of the year’s four grand slams. In rest he stood 4 as runners-up.