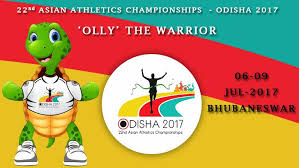 The 31-year-old Sudha won her race in 9 minute 59.47 seconds to grab the lone gold for India .It was Sudha’s first gold in her fourth attempt in the Asian Championship.

Archana Adhav gave India a surprise gold in 800m while heptathlete Swapna Burman  20-year-old of  Bengal in Hepatthalon won gold medal with 5942 point added another yellow metal on the fourth and final day .