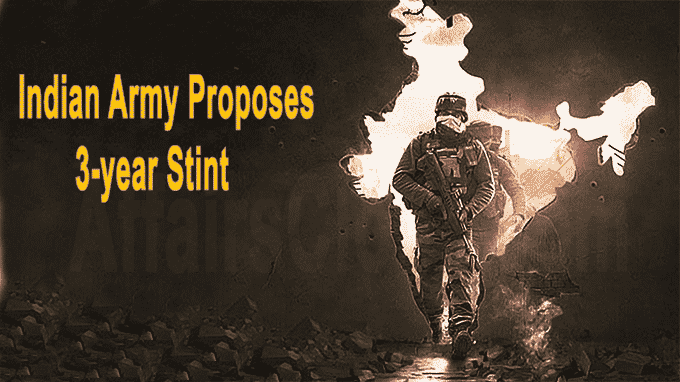 There are many who want to be a “personnel in uniform” and experience the military life but did not want a full career in the Army. For them, in a game changer move, our Indian army is considering a proposal to allow civilians, including young working professionals, to join the force for 3 years as officers and in other ranks (ORs) in areas like logistics and front-line formations under the “Tour of Duty” or “Three-Year Short Service” Scheme.

The Army currently recruits young people under Short Service Commission (SSC) for an initial tenure of 10 years, extendable up to 14 years. The cumulative approximate cost of pre-commission training, salary and other expenses is nearly between Rs 5.12 crore and Rs 6.83 crore on an officer if he or she is released after 10 and 14 years. If officers are granted Permanent Commission, the cost of their retention till they are 54 years old is too high.

A stint in the Army would also be helpful for young people in getting jobs in corporate as well as government sectors. Also, individuals who opted for ToD would get a much higher salary than their peers on an average who started a career in the corporate sector.