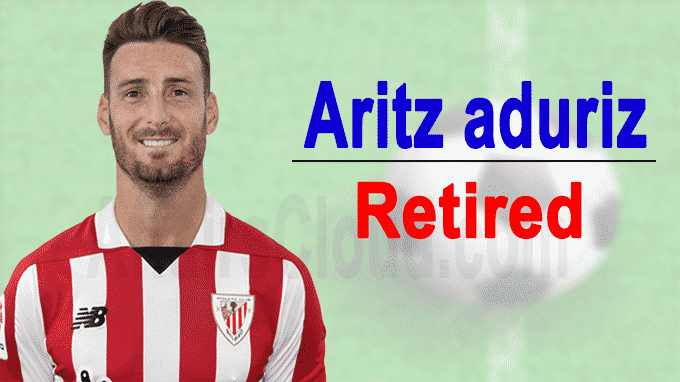 On 21st May 2020, Spanish footballer, Athletic Bilbao striker Artiz Aduriz announced his retirement at the age of 39 after finding out that he requires prosthetic hip replacement surgery.

i.Aritz Aduriz started with Athletic and also played for the Spanish clubs Valladolid, Mallorca and Valencia.

iii.His last goal as a professional was the 89th minute volley which beat Barcelona(1-0) in the first game of this season’s Spanish League.

ii.In the Spanish Super Cup 2015 final he scored four goals over the two legs and defeated FC Barcelona (5-1) on aggregate to win the title.

iii.He won 13 caps for Spain becoming the oldest player to score for Spain in 2016, he scored 141 goals in 296 appearances for Bilbao.