On September 17, 2019, The Indian Air Force (IAF) successfully flight-tested air-to-air missile Astra from Su-30 MKI as a part of user trials from the Bay of Bengal off the coast of Odisha. It is India’s first air-to-air missile which is engaged accurately with the live aerial target demonstrating its capability. 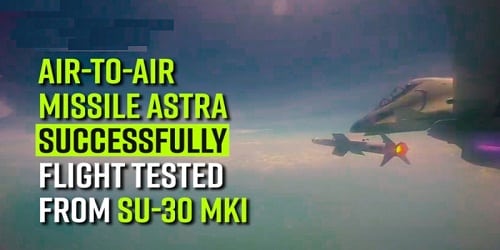