On December 22, 2019, 8 West African Nations agreed to rename their common currency known as “CFA Franc” to “Eco” to severe the CFA franc’s links to former colonial ruler France. This announcement of change to a new currency was made during French President Emmanuel Jean-Michel Frédéric Macron’s visit to Ivory Coast, which is France’s former main colony in West Africa and also the world’s top cocoa producer. The 8 countries are Benin, Burkina Faso, Guinea-Bissau, Ivory Coast, Mali, Niger, Senegal and Togo. 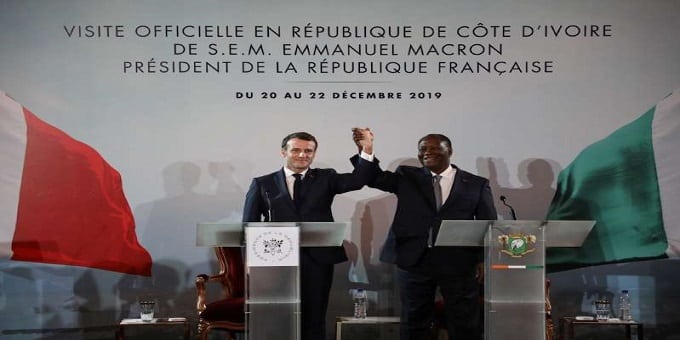 i.Eco in force: Eco usage will come in to force in 2020. The deal to change the currency from CFA Franc to Eco took 6 months in the making. The Eco will be pegged to the euro.

ii.CFA Franc: Abbreviated as Communauté financière d’Afrique (“Financial Community of Africa”) Franc, the currency was created in 1945. It was seen as a sign of French interference in its former African colonies even after the countries became independent. This CFA Franc was initially pegged to the French franc and has been linked to the currency euro for about two decades (20 years).

iii.ECOWAS: The Economic Community of West African States regional bloc, which is known as ECOWAS, urged its member countries to establish a common currency, optimistically slated to launch next year i.e., 2020.

iv.CFA franc using countries: There are a total of 15 member countries of ECOWAS. Out of these 15 countries, 7 countries have their own currencies and the rest 8 are using CFA Franc (now changed to Eco).