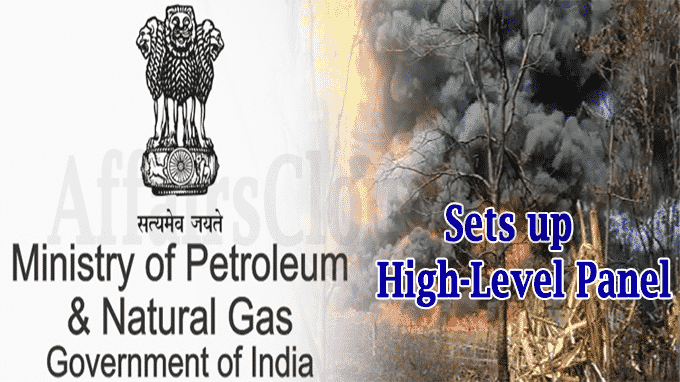 On June 12 2020, A 3-member  high-level committee was formed by the Petroleum Ministry to inquire the disaster at Oil India Ltd well in Assam. The panel will be headed by  Director General of Directorate General of Hydrocarbons (DGH), SCL Das, other members of the panel include BC Bora former ONGC(Oil and Natural Gas Corporation) chairman and T K Sengupta former ONGC director.

The objective of the Panel: To identify the lapses in following laid down protocols and procedures which led to the incident and submit a report in a months time.

Note: The committee will also recommend short and long term measures to prevent recurrence of such incidents.

How did the disaster happen?

on May 27, 2020, a blowout occurred when natural gas mixed with condensate started flowing uncontrollably from one of the wells of Oil India Ltd (OIL) in Baghjan fields in Tinsukia district of Assam subsequently the well caught fire on June 8, 2020, spreading to about 200 m around the well and claiming two lives of OIL India firefighters.

What is being done to control the fire?

About the Petroleum Ministry:

The Ministry of Petroleum & Natural Gas is concerned with the exploration and production of Oil & Natural Gas, refining, distribution and marketing, import, export and conservation of petroleum products
Minister of Petroleum and Natural gas- Dharmendra Pradhan