The govt of India announced the 2nd edition of the 2020 Subash Chandra Bose Aapda Prabandhan Puraskar on January 23, 2020 marking the 123rd birth anniversary of Netaji Subhash Chandra Bose. The award is given annually and 2020 award selection & the nominations were scrutinized by two high level Committees. Disaster Mitigation & Management Centre (DMMC) of Uttarakhand and Kumar Munnan Singh were honoured with the award. 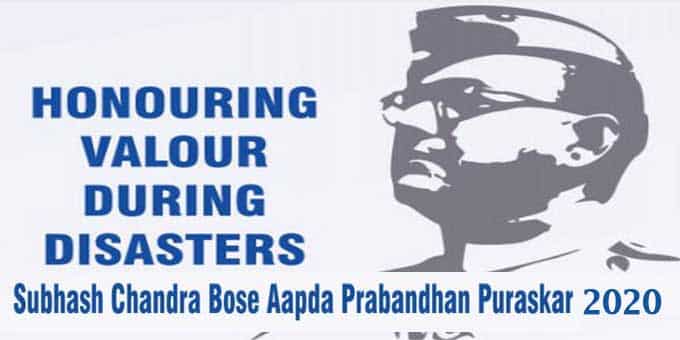 iii.Previous awardee: Previously in 2019, the 8th Battalion of the National Disaster Response Force (NDRF) located at Ghaziabad, was selected for the 1st edition of this award for its commendable work in disaster management.

Kumar Munnan Singh:
He was appointed as the founder member of National Disaster Management Authority(NDMA) in 2005 for his outstanding work during the 2004 Indian Ocean Tsunami. In NDMA he established ‘National Disaster Response Force (NDRF) which now has 14,000 personnel comprising of 12 battalions.