On December 20, 2019, the 2nd meeting of the Follow-up Committee for implementing trilateral Chabahar Agreement between India, Afghanistan and Iran was held in New Delhi. The meeting was held at the level of Joint Secretary/ Director General. 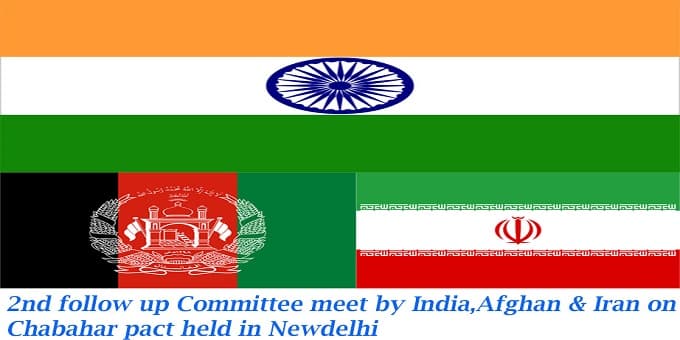 i.These 3 countries headed a steady progress in port operations by India Ports Global Ltd company since the company took over the port operations Shaheed Beheshti Port at Chabahar in December 2018.

ii.Over 5 lakh tons of cargo were handled successfully which also included exports from Afghanistan through Chabahar Port which began in February 2019.