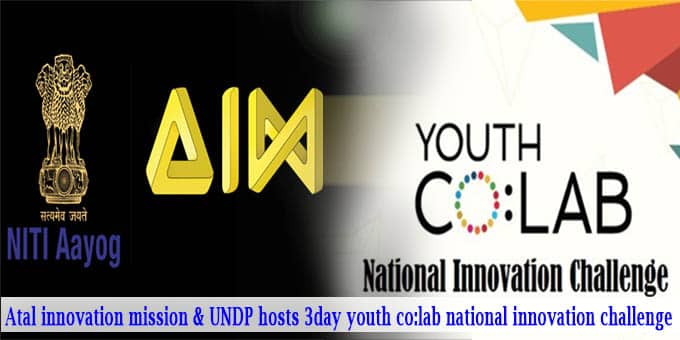 i.Around 300 teams have participated in Youth Co: Lab and over 30 teams in finalists have presented their solutions in which the four winning teams made it the list will represent India at the Youth Co:Lab Regional Innovation Challenge in Malaysia which will be held in April 2020.

About Youth Co:Lab:
It was launched in 2017 by UNDP and the Citi Foundation. It is operational in 25 countries across the Asia Pacific region and aims to create an enabling ecosystem to promote youth leadership, innovation and Social entrepreneurship.