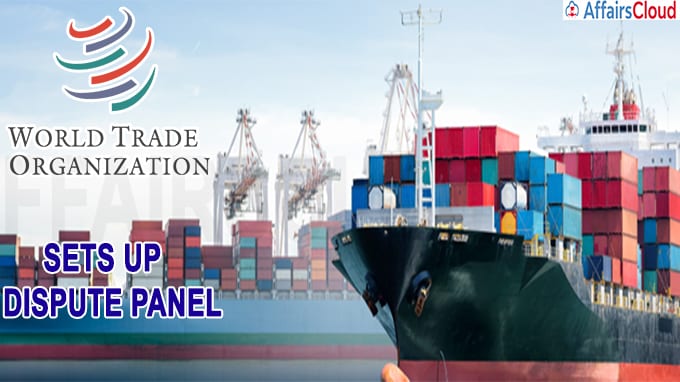 The World Trade Organization (WTO) Dispute Settlement Body (DSB) has established a panel after the European Union (EU) has dragged India into the Dispute Settlement System of WTO for the second time against import duties on ICT (information and communication technology) products, including mobile phones, cameras, headphones and earphones, imposed by the country.
The DSB meeting with three members,which examined the requests, took place on June 29, 2020.

India had previously stated in the WTO under a legally binding commitment (as part of the IT Agreement signed in December, 1996) that it would not charge the abovesaid products.
Now India is levying a fee upto 20 % on them & it is clearly a violation of WTO rules by India. These charges will affect the EU’s exports of 400 million euros annually.

First requests for panels on India’s ICT tariffs were from Japan and Chinese Taipei, but New Delhi, however refused to accept any adverse ruling of the panel in February 2020 after its hearing process is over if the functioning of the Appellate Body of the WTO is not restored by then.

Proceedings after the panel setup:

Following the panel establishment, India can’t  block the request for a second time as per WTO rules.

-The dispute settlement system of the WTO seeks to settle any trade dispute initially through consultation between the member countries concerned. If this remedy is not successful, then the matter goes to a Dispute Panel.

– The decision of the dispute panel is final, but an appeal against its decision can be made to the Appellate Body-AB.