The 1st ever Global Refugee Forum was held in Geneva, Switzerland from December 17-18 2019. The forum was co-hosted by United Nations Refugee Agency (UNHCR) and co-convened (brought together) by Turkey, Germany, Ethiopia and Costa Rica. The forum provided an opportunity to people to strengthen the international response against war, conflict and persecution that displaced people and left them with refugee status. 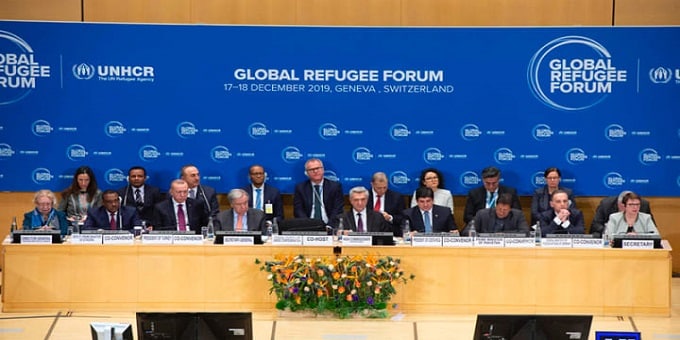 i.6 focus areas: The 1st Global Refugee Forum focused on 6 areas such as arrangements for burden and responsibility-sharing, education, jobs and livelihoods, energy and infrastructure, solutions, and protection capacity.

ii.Important events in the forum:

iii.The forum followed, new Global Compact on Refugees (GCR) which was agreed on December 2018 by the United Nations General Assembly(UNGA).