World Day Against Child Labour (WDACL) was observed on June 12, 2019. It was introduced to focus on the extent of child labour worldwide and the efforts required to eliminate it. The theme for the year is “Children shouldn’t work in fields, but on dreams!”. The International Labour Organization (ILO) describes the term child labour as work that deprives children of their childhood, their potential and their dignity and that is harmful to physical and mental development. 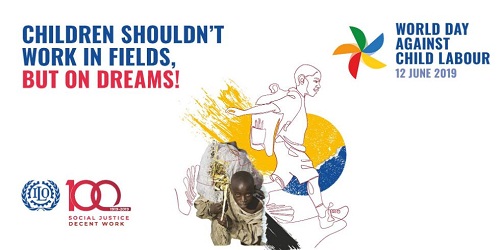