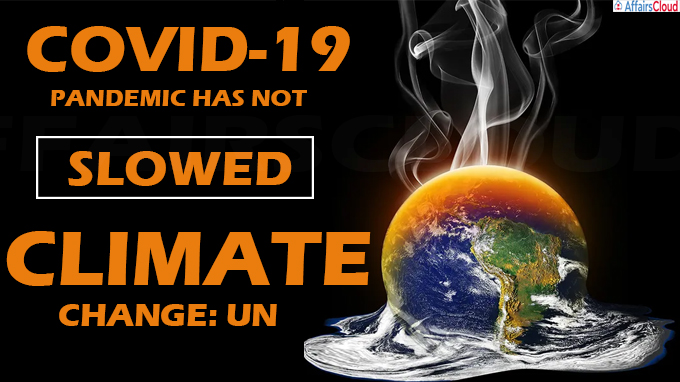 iv.Around 103 billion potential work hours were lost globally in 2019 compared with those lost in 2000 due to work impairment and heat-related mortality due to rising temperature.

v.As per the report, the average global temperature for the past 5 years was among the highest on record.

vi.The high latitude regions and the Sahel are likely to be wetter over 2021–2025 than in the recent past.

vii.There is an increasing likelihood for a breach in the Paris Agreement which aims to reduce global warming to 1.5 degrees Celsius above the pre-industrial level.

World Meteorological Organization (WMO), has released a report titled, “The Atlas of Mortality and Economic Losses from Weather, Climate and Water Extremes (1970–2019)” which states that number of disasters, such as floods and heatwaves, driven by climate change have increased fivefold over the past 50 years.