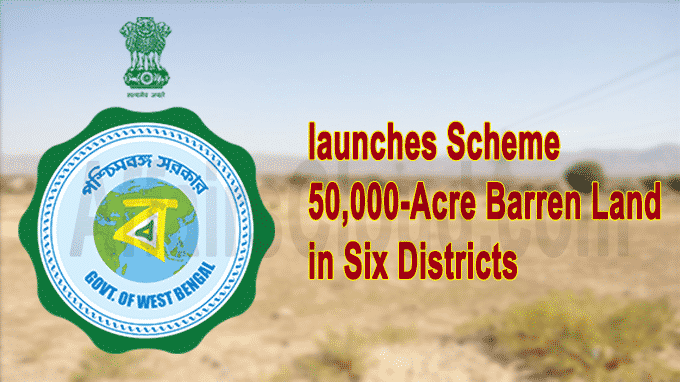 On May 14, 2020, The West Bengal (WB) Government (govt) launched ‘Matir Smristi’ scheme to utilise 50,000 acres of barren land in 6 districts for income-generating activities like horticulture and pisciculture involving the locals. Chief Minister (CM) Mamata Banerjee also added that the scheme will benefit around 2.5 lakh people in rural Bengal.

i.About Matir Smristi: There is at least 50,000 acre of barren land in Bankura, Birbhum, Purulia, Jhargram, West Burdwan and West Midnapore districts, which cannot produce anything naturally nor can the farmers cultivate on the strip.

ii.West Bengal CM also mentioned that the work has been initiated in 6,500 acres of land at the micro-level and this is an environment-friendly scheme.

iii.Farmers will be involved in constituting cooperative societies, which will get financial support from the cooperative banks. Preference would be given to locals for carrying out the project in which “lakhs of women self-help groups (SHG)” will be involved.

vii.This increase in bonus and festival advance, and also the eligibility will benefit over 10 lakh government employees and employees of panchayat and municipal bodies, university and school staff. The total financial implication will be about Rs 400 crore.