On October 8, 2019, World Bank (WB) released a report titled “World Development Report (WDR) 2020: Trading for Development in the Age of Global Value Chains”. According to the report, Global value chains (GVCs) can help the developing economies to enhance growth. GVC describes the people and activities involved in the production of a good or service and its supply, distribution, and post-sales activities when activities must be coordinated across geographies. 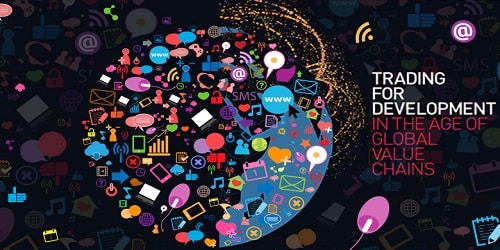 Key Points:
i. The reforms can help developing countries expand from commodity exports to basic manufacturing.
ii. GVCs account for nearly 50% of trade worldwide.
iii. Creation of the European single market (Along with China, India, and the Soviet Union) created a huge new product and labour markets, increasing the scope of GVCs.
iv. The firms participating in global value chains in Ethiopia are more than twice as productive as similar firms that participate in standard trade.
v. Regions in Mexico and Vietnam that participated more intensively in GVCs experienced greater reductions in poverty.
vi. The report also gave an overview of which nations can follow to attract GVC investments.