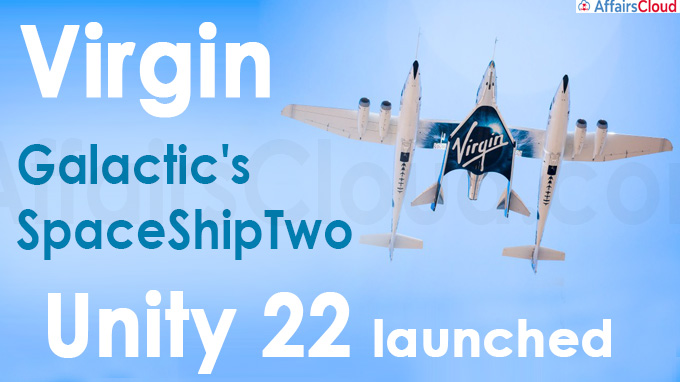 US based private Spaceflight company ‘Virgin Galactic’ announced the 6-member crew of its human commercial space mission “Unity 22”. The crew includes Richard Branson – the founder of Virgin Galactic as one of its passengers. Indian origin Sirisha Bandla will be the 4th crew member of the space mission.

Objective – To act as a pre-run for all of its future commercial space trips, that will allow passengers to witness the curvature of Earth from space. i.The company uses VSS Unity, a SpaceShipTwo-class suborbital rocket-powered spaceplan for the mission, which will be launched from New Mexico, USA.

ii.It will be the 22nd mission for VSS Unity, and Virgin Galactic’s 4th crewed spaceflight.

Sirisha Bandla – 3rd Indian Origin women to be on Space

Sirisha Bandla took part in the Virgin Galactic’s 1.5-hour trail space mission in July, to become the 3rd Indian Origin woman to be in space (after Kalpana Chawla and Sunita Williams).

Note – Rakesh Sharma is the only Indian citizen to travel in space.

ii.She was born in Guntur district in Andhra Pradesh and brought up in Houston, USA.