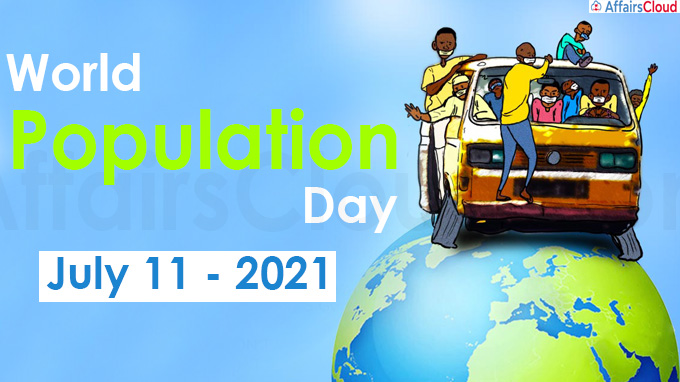 United Nations(UN)’s World Population Day is annually observed across the globe on 11th July to create awareness about the urgency and importance of population issues such as the importance of family planning, gender equality, poverty, maternal health and human right, and their relations to the environment and development.

i.The World Population Day was first established by the Governing Council of the United Nations Development Programme in 1989, following the observance of the Day of Five Billion on 11th July 1987, the day when the world’s population reached 5 billion.

ii.The United Nations General Assembly (UNGA) adopted the resolution in December 1990 and decided to continue the observance of the World Population day on 11th July.

iii.As of 2007, most of the people lived in urban areas rather than rural areas.

iii.Under the population policy 2021-2030, steps will be taken to increase the accessibility of contraceptive measures under the family planning programme and to provide a proper system for safe abortion.