On October 30 2019, the Vice President of India Shri Venkaiah Naidu, unveiled a 15-point charter during the “Arun Jaitely Memorial Lecture on Strengthening of Parliamentary Institutions in the Country” in Delhi University in New Delhi, in-order to create reforms in parliament for its effective functioning. The charter was mainly created citing poor attendance in legislatures and quality of debate in the parliament. The parties are entitled to ensure at-least 50% of attendance of their legislators. 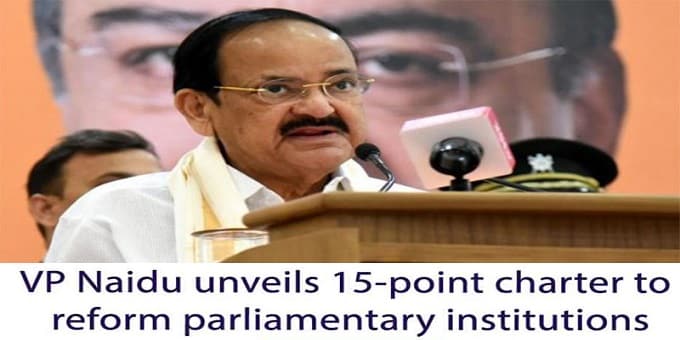 Key highlights of charter:
Some of the features of the new charter are as follows,

About Parliament of India: