On October 31, 2019, The 144th birth anniversary of Sardar Vallabhbhai Patel, the first home minister of India, which is celebrated as National Unity Day, the 2 new Union territories of Jammu & Kashmir (J&K) and Ladakh formally came into existence. As per the Jammu and Kashmir Reorganisation Act, 2019, 2 UTs came into existence at the stroke of midnight on 31 October 2019, almost three months after the Centre revoked Article 370. With this, India now has 28 states and 9 UTs. 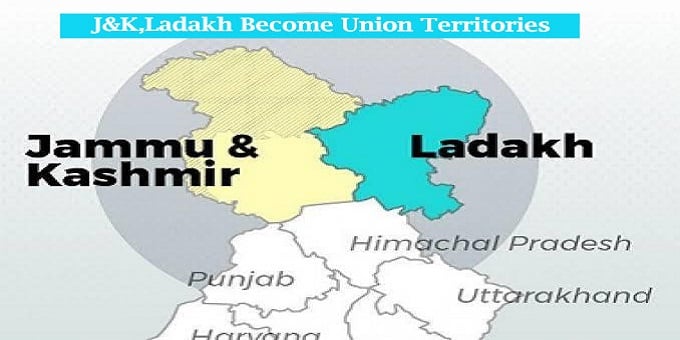 ii.Jammu and Kashmir has its own elected legislature and government, presided over by the appointed Lieutenant-Governor (Lt) Girish Chandra Murmu.