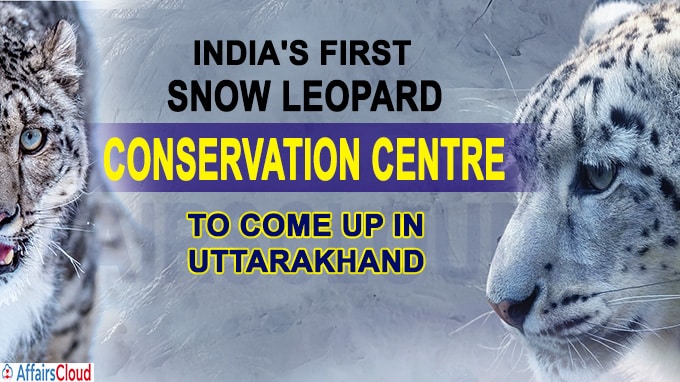 i.It will be built by the Uttarakhand forest department along with United Nations Development Programme (UNDP) as part of its six-year long project Securing livelihoods, conservation, sustainable use and restoration of high range Himalayan ecosystems (SECURE) Himalayas.

iii.The conservation centre is expected to create awareness of the Big Cat among the people.

i.According to several researches, Uttarakhand is home to 86 snow leopards at present.

ii.The programme aims to enhance the lives and livelihoods of local communities.

iii.It was launched by the Union Ministry of Environment, Forests and Climate Change (MoEFCC) in association with the United Nations Development Programme (UNDP) in January, 2017.