A team of scientists from various Universities of US(United States) have discovered a carnivorous (meat eating) swimming dinosaur named “Spinosaurus aegyptiacus” at the Kem Kem region of the Moroccan Sahara in North Africa. 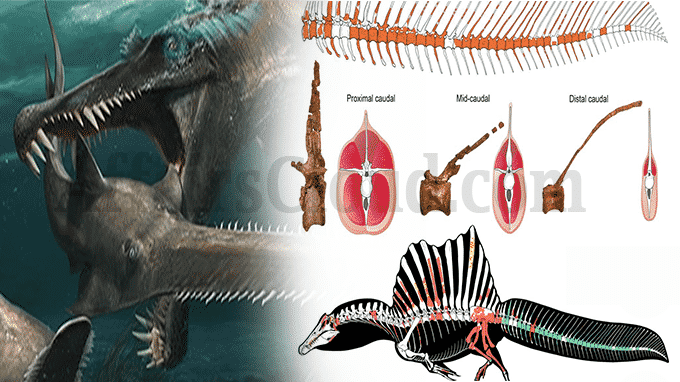 iii.Benefit: The new findings help scientists a deeper understanding of the appearance, lifestyle and capabilities of the longest meat-eating dinosaur on record.

iv.Journal: The discovery supported by assistance from the National Geographic Society, is published in the journal Nature. Lead author of the study was Nizar Ibrahim, US based University of Detroit Mercy paleontologist and anatomist.