A faculty member at Indian Institute of Technology (IIT)-Madras and Padma Shri awardee Professor Thalappil Pradeep has been conferred with the 25th Nikkei Asia Prizes (2020) in Science and Technology (S&T) category in recognition of his pioneering work in nanotechnology-based water purification. 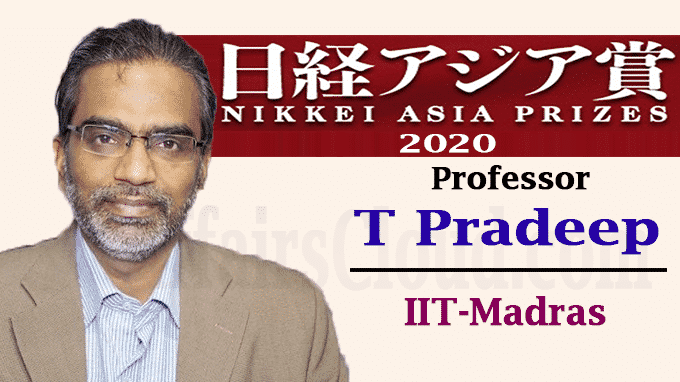 It should be noted that Nikkei Asia Prizes are awarded in three categories. The winners of 2020 of each category are as follows:

Prof T. Pradeep & his team have developed nanotechnology-enabled water filters which provide clean water at a cost of just 2 paisa per litre in India. His involvement in the development of affordable technologies for drinking water purification has benefitted more than one crore Indians.

First Presented in 1996 by Japan, these annual awards recognize individuals who contribute towards sustainable development and to the creation of a better future in Asia.