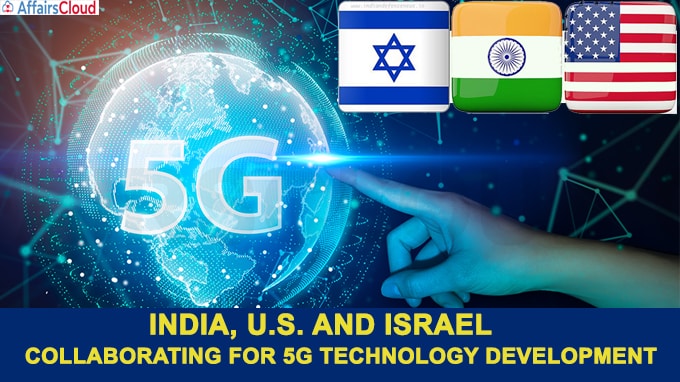 On September 3, 2020, the virtual US (United States)-India-Israel summit was held to focus on trilateral partnerships in the strategic, technology and development arenas. There it was decided that these trio nations will collaborate in 5G technology. The keynote address during the summit was provided by Ms. Bonnie Glick, Deputy Administrator USAID (United States Agency for International Development). The summit was also addressed by Israeli Ambassador to India Ron Malka and his counterpart Sanjeev Singla.

Israel is the 3rd largest defence supplier to India. It accounts to 40% of defence exports of Israel including Barack missiles, powerful Phalcon radar on Airborne Warning and Control System (AWACS).

India and US have developed strong defence ties in the recent years.  In 2018, India became the third country to receive clearance in purchasing license-free space and defence technology under Strategic Trade Authorisation.

Experts from India and Israel have collaborated to develop rapid testing for COVID-19 in under 30 seconds by merging the technological expertise of Israel with Indian development and production capabilities. They have started to conduct trials at a special testing site at Dr Ram Manohar Lohiya (RML) Hospital on a large sample of patients for 4 different kinds of technologies namely, Voice test, Breath analyser test, Isothermal testing and Polyamino acid testing.