On January 20, 2020 The United Nations World Tourism Organisation (UNWTO) has released a report titled ‘World Tourism Barometer’. As per the report the international tourist arrivals in 2019 increased by over 4% (3.8% exact value) in 2019 and reached 1.5 billion, which is 54 million more than 2018, based on the data collected from reports around the world. The report which the 1st in this decade, in detail are as follows: 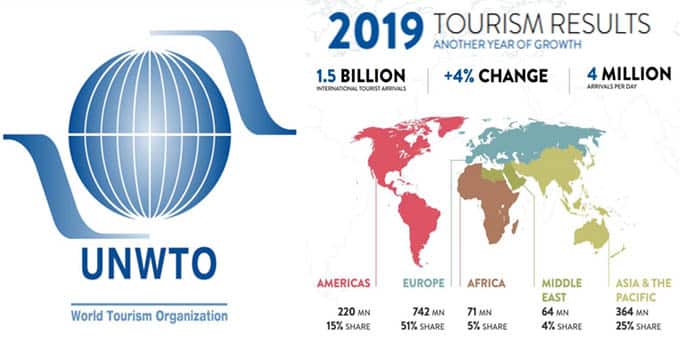 i.Increase in arrivals: The middle east region (+8%) led growth in arrivals, followed by Asia and Pacific region (+5%). Europe had a growth of 4% in international tourist arrivals and had 743 million visitors.

ii.Tourist arrivals in 2020: The no. of international tourist arrivals worldwide is forecasted for a growth of 3%-4% according to the UNWTO Confidence Index.

iii.Tourism expenditure: Based on data from main source markets, France had the strongest increase in international tourism expenditure among top 10 markets while the United States (US) led growth in absolute terms.