Finance and infrastructure mainly for transport, electricity, communications, water supply and sanitation in support of production 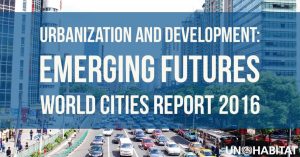