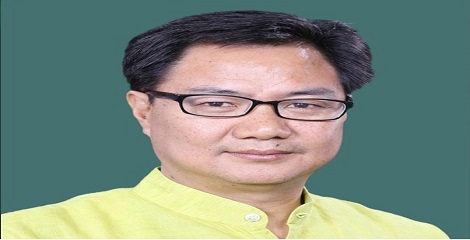 About Kiren Rijiju
He was born on 19 November 1971 in Nafra in West Kameng district of Arunachal Pradesh in India. He has a graduate degree in Law from Campus Law Centre (DU). As a student he participated in the “Festival of India in USSR” held in Moscow in 1987.