Unified Payments Interface (UPI) system is been developed for all retail payments in the country. It has been developed by National Payments Corporation of India (NPCI) to make the transfer of money easy and simple. It was launched on 11th April 2016.
At the start, ten major banks — SBI, Canara Bank, BOI, ICICI Bank, HDFC Bank, Punjab National Bank, Bank of Baroda, HSBC, and Citi Bank integrated the interface with their mobile apps. 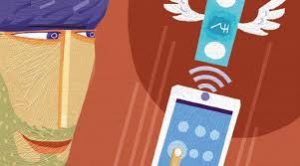 At present, the most transactions are done using NEFT, RTGS or IMPS system in the country. There are a variety of things need to be fulfilled while doing transactions through NEFT and RTGS like going to bank, form filling, giving various details like account number, IFSC code, etc. IMPS is somewhat better than NEFT and RTGS for transactions. Now a new system UPI has been launched by RBI which is developed by NPCI for hassle free transactions.

How can you use the new UPI system:

Available platforms: The UPI is available in Android, IOS and windows.

NPCI, the umbrella organisation for all retail payments in India, launched the updated unified payments interface (UPI) 2.0 on August 16, 2019.