UNHCR released a report in the day to mark one year since the launch of its Campaign to End Statelessness by 2024 reporting that in every 10 minutes, a child is born stateless somewhere in the world and stateless children across the world share the same feelings of discrimination, frustration and despair. 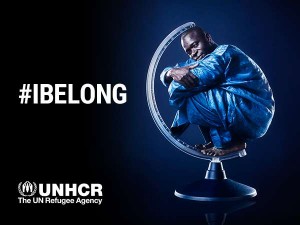 UN High Commissioner for Refugees Antonio Guterres was at UN Headquarters in New York to display the new report at a high-level panel discussion on the importance of the right to nationality.

To protect and support refugees at the request of a government or the UN itself and assists in their voluntary repatriation, local integration or resettlement to a third country.