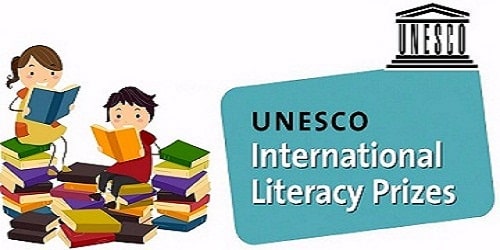 i. The International jury, which recommended the prizes, comprised of John Benseman (New Zealand), Rana Dajani (Jordan), Ms. Jianhong Dong (People’s Republic of China), Sowonne Tchang (Republic of Korea) and Dr. Willy Ngaka (Uganda).
ii. The awards were distributed by the Director-General in a ceremony at UNESCO Headquarters-Paris on September 9, 2019 on the occasion of International Literacy Day (ILD) 2019 (Theme-Literacy and Multilingualism).
Awards

About the awardees:
i. ONAEA
The National Office of Literacy and Education for Adults (ONAEA) of the Algerian Ministry of Education was awarded UNESCO King Sejong Literacy Prize for its ‘National Strategy for Multilingual Literacy’ programme.

Prize money – Each of the five prize winners receives a medal, a diploma and US$20.000.