The United Nations Postal Administration (UNPA) had released a set of six dedicatory stamps on Lesbian Gay Bisexual Transgender (LGBT) issue. This is the first time the global body’s post office had released the stamps with an LGBT theme. 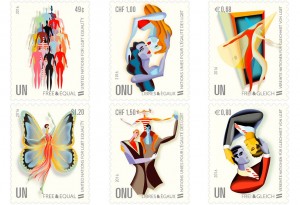 Objective :To promote awareness and global education about the equality of LGBT.