Two important projects were inaugurated on November 15 under Swadesh Darshan Scheme of Ministry of Tourism, Government of India at PTSO Lake in Tawang, Arunachal Pradesh. 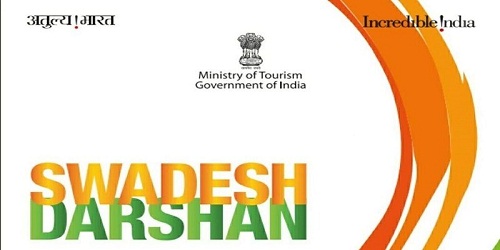 These projects are launched as a part of Development of North East Circuit:

India has a rich Cultural, Historical, Natural and Religious heritage which provides a huge potential for development of tourism in the country. So Swadesh Darshan Scheme was launched with an objective to develop theme based tourist circuits in India. These tourist circuits will attract international and national tourists and provide jobs to thousands of people. 13 Thematic Circuits have been identified for development under this scheme. These are North- East India Circuit, Himalaya Circuit, Coastal Circuit, Desert Circuit, Rural Circuit, Buddhist Circuit, Krishna Circuit, Tribal Circuit, Spiritual Circuit, Ramayana Circuit, Heritage Circuit, Eco Circuit and Wildlife Circuit. Rs. 959.91 Crore has been allocated in this year’s Union Budget for Development of tourist circuits under Swadesh Darshan Scheme.