On November 14, 2018, Prime Minister Narendra Modi embarked on a 2-day visit to Singapore.

i.He attended the 33rd edition of the ASEAN Summit, 13th East Asia Summit , 16th ASEAN-India Summit and other related meetings.
ii.He also attend the 2nd RCEP Summit Meeting on November 14, 2018.
iii.This was Prime Minister’s second visit to Singapore after the Shangri-La Dialogue in June 2018.
iv.He upon his arrival had his first engagement in a keynote address, as the guest speaker, at the Indian pavilion at the Singapore Fintech Festival.
v.It was the 3rd edition of the festival but was  first time that a Head of Government has been a keynote speaker.
vi.He launched the Application Programming Interface Exchange  (APIX) which is a platform through which the ASEAN financial institutions, innovators and users would connect with the Indian users.
vii.South African president Cyril Ramaphosa will be chief guest at the 2019 Republic Day parade of India 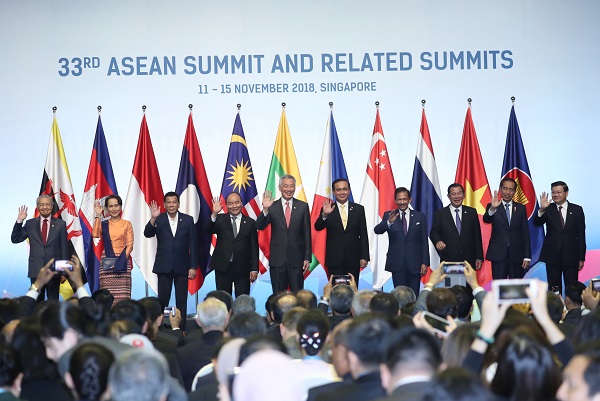 33rd edition of the ASEAN Summit:
On November 15, 2018, PM Narendra Modi attended the 33rd edition of the ASEAN Summit (Nov 11 to 15) held at Suntec Singapore Convention Centre, Singapore.
i.The summit continued from November 11, 2018 and concluded the 13th East Asia Summit (EAS), 2nd Regional Comprehensive Economic Summit, (RCEP) and ASEAN plus summits.
ii.It was inaugurated and addressed by Lee Hsien Loong, Prime Minister of Singapore, current Chairman of this 2018 Summit and The theme of Singapore’s Chairmanship was “Resilient and Innovative”.
iii.The following took place in the Summit:

iv.Singapore PM Lee handed over the ASEAN Chairmanship to Thailand’s Prime Minister Prayut Chan-o-cha.
Background:
India and ASEAN celebrated 25 years of their engagement in 2017, which culminated in the India-ASEAN Commemorative Summit on January 25th 2018. 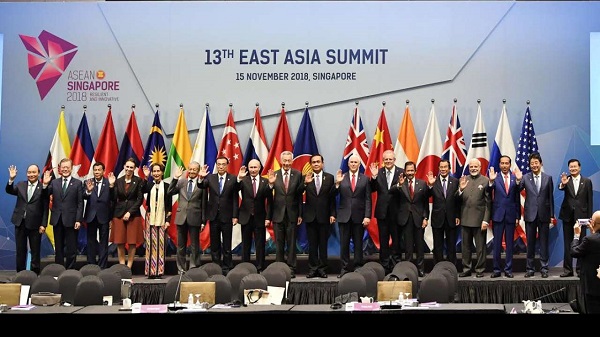 PM Modi gave Awards to 1st India-Singapore Hackathon:
i.The PM, on November 15, 2018, felicitated the six winning teams, including three from India, of the first India-Singapore Hackathon.
The awards ceremony was also attended by Education Minister of Singapore Ong Ye Kung.
ii.The 6 teams participated in a 36-hour Hackathon Grande Finale to showcase their innovations in Singapore that consisted of solving 8 problem statements.
iii.The Hackathon was conducted by: The Nanyang Technological University (NTU) in Singapore and the All India Council for Technical Education (AICTE).
iv.The awards consisted of:

iv.These will help in the growth of e-Commerce in the Indo-Pacific region and better digital connectivity.
v.They will further help in deepening the integration of economies and realising the AEC Blueprint 2025.

Meeting with VP of US:
On November 14, 2018, PM Narendra Modi had bilateral meeting with the Vice President of the United States Mr. Mike Pence.
i.The following discussions were held:

iii.The President of India would be visiting Australia for the first time on November 21,2018.