On May 1, 2020, The Tripura government launched an “Agro-Entrepreneur Facilitation Desk” to help the entrepreneurs of the state to get subsidies and incentives from Central government funding agencies and National Horticulture Board or NABARD (National Bank for Agriculture and Rural Development), the new desk would help them about availing the facilities. 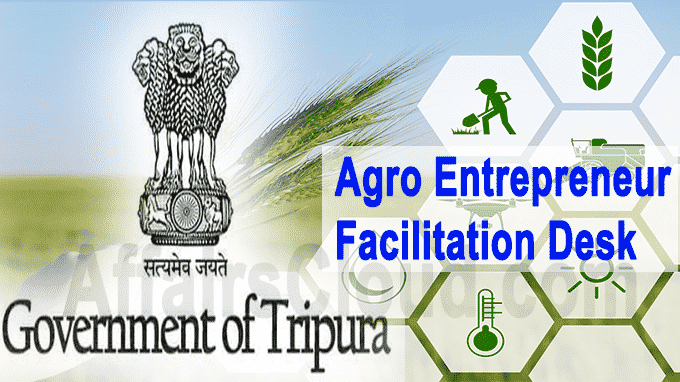 i.About agro-entrepreneur desk: The state cabinet has approved the setting up of the desk, which will operate from the Directorate of Horticulture and Soil Conservation in the state capital, Agartala.

ii.The desk will be operated by those who hold a masters’ degree in business administration (MBA) or an undergraduate degree in science. The state government has worked out an estimated budget of Rs 24 lakh for the exercise, including the salaries of new hires and other related official activities.

iii.Funds: The funds for the project will be sourced from the Technical Support Group Funds of the Mission for Integrated Development of Horticulture.

iv.The state government encourages the processing and marketing of fruits such as pineapple, lemon, jackfruit, and also vegetables that are grown in abundance in Tripura, in order to increase the farmers income.

v.The government plans a target of encouraging 2,000 youths in joining agro-based business within a year and initiatives are being given to facilitate 400 people to start the business in the agriculture sector.