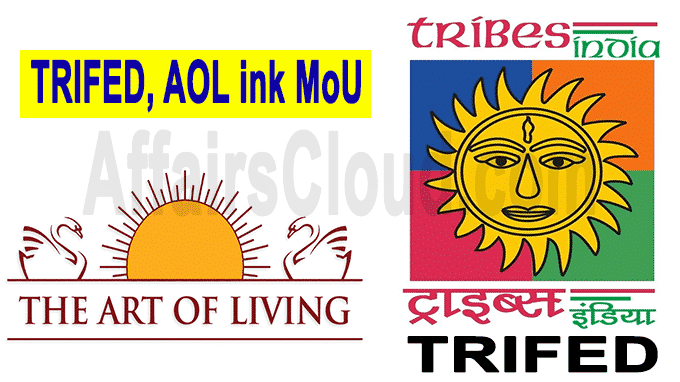 On 8th May 2020, Tribal Cooperative Marketing Development Federation of India(TRIFED) under the Ministry of Tribal Affairs and Art of Living(AOL) signed a memorandum of understanding (MoU)to collaborate in programmes of each organisation to promote the tribal enterprises.

i.The Art of Living(AOL) Foundation will provide a free ration kit to the people belonging to the tribe of Indian Artisans who are in need.

iii.The Distribution of rations kit will be made under the #iStandWithHumanity campaign of Art of Living Foundation.

iv.The AOL officers from all over the nation in each state will be coordinated to provide the ration kit.

v.AOL Foundation is a non-profit educational and humanitarian organization with consultative status with the United Nations(UN) helping around 300 million people in more than 152 countries around the world.