On January 03, 2020 Iran’s most powerful military commander,General Qassem Soleimani, who was the head (since 1998) of the Quds Force, a unit of Iran’s Islamic Revolutionary Guard Corps (IRGC) was killed in an American drone airstrike at Baghdad International Airport in Iraq. The airstrike was conducted by the order of United States(US) President Donald Trump.Soleimani was seen as the 2nd most powerful person in Iran after Iran’s supreme leader Sayyid Ali Hosseini Khamenei. 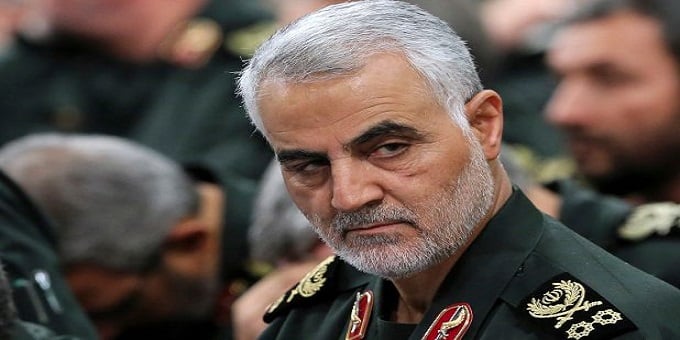 New Iran Military general:
An Iranian general Esmail Ghaani replaced Qassem Soleimani as the next military commander of Iran. After taking over the position, he also called for the expulsion of all American troops from Iraqi soil.

US airstrike at Baghdad International Airport:

i.Iraqi commander killed:  Apart from Soleimani, at least seven people were believed to have been died which also included Iraqi militia leader Mujahideen Abu Mahdi al-Muhandis.  Abu Mahdi was an Iraqi-Iranian politician and military commander who was the deputy chief of Iraq’s paramilitary Hashd Shaabi forces.

ii.Reason for airstrike: The drone strike came days after US(United States) embassy in Baghdad was attacked by Iranian protestors. Previously in April 2019, the US also designated Iran’s Revolutionary Guards and its Quds Force as foreign terrorist organisations.

iii.Qassem Soleimani: He was considered as architect of the Syrian President Bashar al-Assad’s war in Syria, the ongoing conflict in Iraq, the fight against Islamic State, and various other conflicts.

iv.Iran’s counter attack plans: Iran has offered an $80 million bounty on US President Donald Trump for the death of Qasem Soleimani.