On March 6, 2020 TIME Magazine created 100 New Covers for the Project ‘100 women of the year’ to recognize selected women or groups to represent each year from 1920 to 2019. India’s  Freedom Fighter Amrit Kaur will be honored as ‘Women of the Year’ for 1947 & Former prime minister Indira Gandhi for 1976. 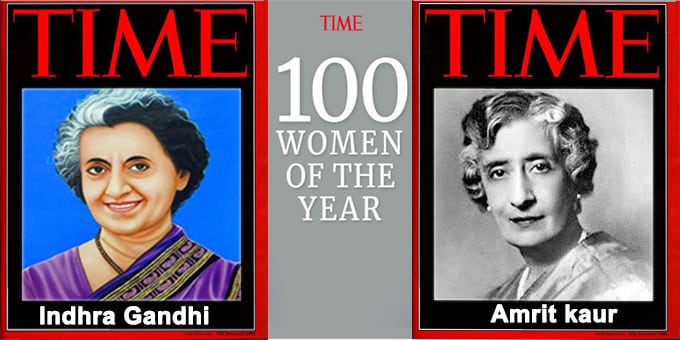 Profiles according to TIME

i.Freedom Fighter Amrit Kaur as ‘Women of the Year’ for 1947

Background for the ‘Women of the Year’ project
For 72 years it had been named a  Man of the year, almost always a man.In 1999 Man of the Year was changed to Person of the Year to make gender equality. Purpose of the project is to highlight influential women who were mostly overshadowed & also  include women who have occupied positions from which men were often chosen.