For the first time World Heritage Committee (WHC) announced the adding of  three new Indian heritage sites of Historical importance to the World Heritage List by the WHC – A separate wing governed by UNESCO on in a single session July 17. During the 40th session of the WHC, this committee has come up with new added listings as follows:-

What is a Heritage Site?

A heritage site is an official part of a nation where pieces of political, military, cultural, or social history have been protected on to their cultural heritage value. Historic sites are generally protected by law suits and many have been recognized with the official national historic site status. This is situated at the heart of the great Himalayan range in Sikkim, India. This Khangchendzonga National Park includes an extensive biodiversity of

Fabulous stories are associated with this mountain along with a huge number of natural elements like caves, rivers; lakes are the subject of worship by the native and ancient people of Sikkim. The basis for Sikkimese identity instituted the sacred meanings of these stories and practices which have been integrated with Buddhist beliefs. This park also serves as a abode for huge number of endemic, rare and threatened plant and animal species. It is noted that this park first Indian Mixed Heritage Site to be mentioned in this prestigious list

Nalanda and the ruins of the ancient Nalanda Mahavihara comprises of this famous historical site. The name Nalanda evokes up a cenario of ancient Mahavihara. This institution later became a great centre of Buddhist education for nearly 700 years between the 5th to 12th centuries AD. 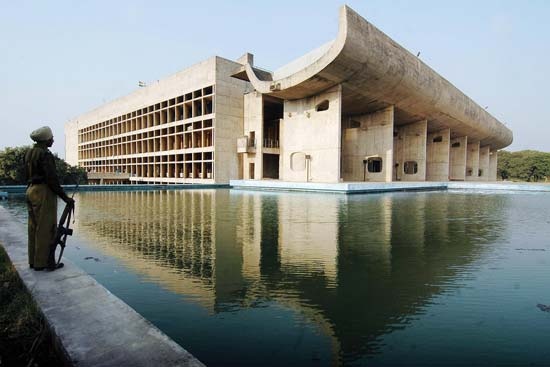 This building is one of the Seventeen buildings designed by Swiss-French architecture pioneer Le Corbusier. All his 17 buildings have been added to the World Heritage List by UNESCO. These 17 buildings are designed and constructed by him in various countries are,

This capitol complex in Chandigarh was constructed by this renowned Swiss designer Le Corbusier in 1950, in order to epitomize the newly born independent and modern India.

i.The United Nations cultural agency UNESCO has named musician Kudsi Erguner, as an Artist for Peace in recognition of his efforts to promote the universal values of music, his contribution to the protection of musical heritage.
ii.The appointment comes in a ceremony was held at the Congress Center in the Turkish capital, Istanbul, of the 40th session of the World Heritage Committee.
iii.Ergner was born in Turkey in 1952 who is a musician, player of the ney (reed flute), composer, musicologist, teacher, author and translator. 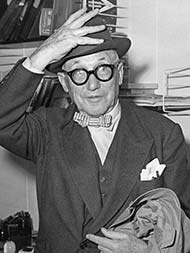 i.UNESCO listed Franco-Swiss architect Le Corbusier’s work among its World Heritage Sites. His works include the Indian city of Chandigarh which he planned in the 1950s.
ii.The decision was announced as the World Heritage Committee meeting in Istanbul.
iii.The chosen creations of Le Corbusier show his contributions to the Modern Movement that emerged after World War I with an emphasis on functionality, bold lines and materials such as concrete, iron and glass.