Mission of the plan: To revamp or improve the functioning of public sector banks. Indradhanush mainly focuses on systemic changes in state-run lenders, including a fresh look at hiring, a comprehensive plan to de-stress bloated lenders, capital infusion, accountability incentives with higher rewards including stock options and cleaning up governance.

The plan is called Indradhanush because it contains seven elements as: 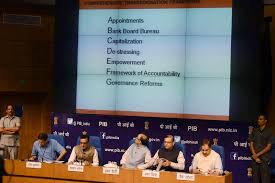 Government came out with ‘Indradhanush 2.0’, a comprehensive plan for recapitalisation of public sector lenders, with a view to make sure they remain solvent and fully comply with the global capital adequacy norms, Basel-III.