SARFAESI (Securitisation and Reconstruction of Financial Assets and Enforcement of Security Interest) Act, 2002 is an act which came in 2002 to allow banks and other financial institutions to recover their non-performing assets (NPAs) or bad loans without the intervention of the Court. 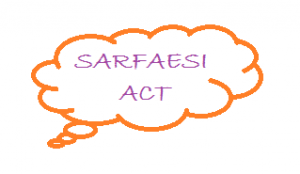 When does the act come into force?

When the customers defaults on loans i.e. not able to give back the loan amount to bank and other financial institutions covered under the act, the loan amount given becomes NPA. Now banks have right to auction residential or commercial properties to recover these loans under this act without going to courts.

What rights does the act give to the bank?

The act does not imply to loans below Rs 1 Lac or to those loans whose 20% or less of the total amount + interest value is left to be repaid to lender (banks or other financial institutions).