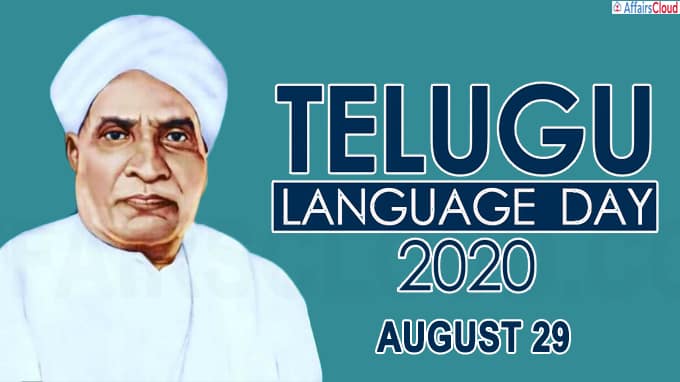 Telugu Language Day (Telugu Bhasha Dinotsavam) is celebrated on August 29 every year. The birth anniversary of Gidugu Venkata Ramamurthy, a prominent Telugu writer, is celebrated as the day whose contributions, Vyavaharika Bhasha or Vaaduka Bhasha (Colloquial language) is immense. Telugu is referred to as ‘The Italian of the East’, as Niccolò de’ Conti, the 16th century Italian explorer found that the Telugu language ends with vowels just like the Italian language.

i.For the betterment of the Telugu language, AP Govt on this day will provide funds and presents awards

ii.On behalf of the AP Govt, the department of culture is responsible for organizing the day

ii.This is the reason for the usage of telugu schools and educational institutions as the medium of instruction, examination, and writing.

Gidugu Venkata Ramamurthy was one of the earliest modern Telugu linguists  during the British rule, who supported the use of language & stood firmly against the use of scholaristic language(‘Grandhika Bhasha’)

i.May 29th is observed as the International Everest Day to commemorate the first summit of Mt.Everest by Sir Edmund Hillary of New Zealand and Tenzing Norgay of Nepal in the year 1953.