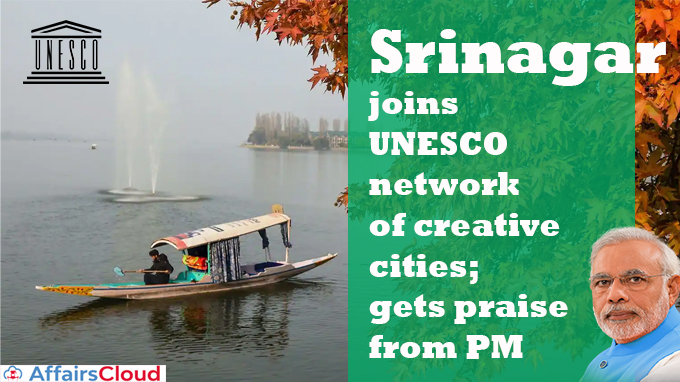 On 8th November 2021, the United Nations Educational, Scientific and Cultural Organisation (UNESCO) selected India’s Srinagar,a capital of Jammu & Kashmir as one among the 49 cities selected under UNESCO Creative Cities Network (UCCN) for 2021.Srinagar becomes the sixth Indian City to receive this recognition.

UCCN was created in 2004 by UNESCO as a part of its 2030 Agenda for Sustainable Development.

Objective – To promote Cities with creativity and cultural industries at the heart of their development plans at the local level & cooperating actively at the international level.

i.Till date, 295 cities reaching 90 countries were added to the network that are selected under one of the 7 designated Fields.

ii.All UCCN cities will develop urban policies and solutions which will be published in the Urban Solutions launched by UNESCO Cities Platform on the World Cities Day (31st October).